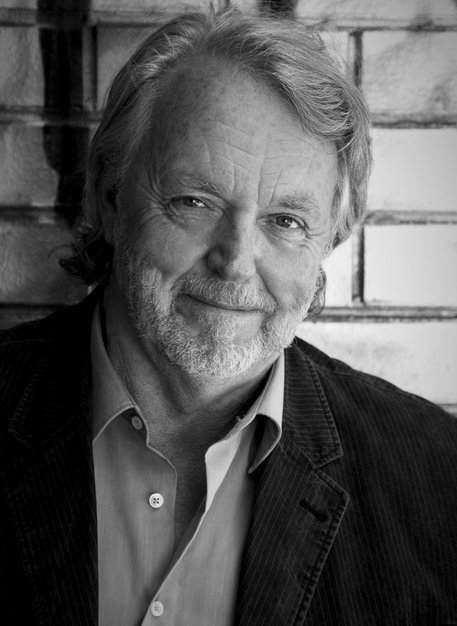 Mike Brady was born in England and moved with his family to Australia when he was 11 years old. His recording career began in the mid 60’s with the formation of MPD Ltd (Mike, Pete & Danny). MPD Ltd went on to become one of Australia’s most successful pop groups of the 60’s with hits such as “Little Boy Sad”. The group toured overseas, including England and Mike toured extensively throughout Vietnam during the war. When MPD Ltd disbanded, he continued to record the occasional solo single, one such single being the hit “Sympathy” which reached the National top 10.

After MPD Ltd, Mike spent the majority of his time building his career as producer and writer of jingles for Television and Radio. One such jingle brought Mike back into the public spotlight. He was asked to record a promotional song for Channel Seven’s Football program. This song being “Up There Cazaly” went on to be the biggest selling local single of its time, with sales in excess of 250,000 and has become the unofficial Anthem of all Australian Rules Football Fans.

His song “One Day In September” has become part of the Football language. He also co-wrote and produced Greg Champions huge hit “That’s What I Like About Football.

Over the years, he has been responsible for some of Australia’s most catchy advertising jingles. His jingles include; classics such as “Lucky, Your with AAMI” and  “Hard Yakka” and many current music tracks on TV. Mike has written jingles for most of Australia’s famous brands.

During the 70’s Mike formed his own Record Label and Record Production Company, Full Moon Records, and publishing company, Remix Publishing. Two hugely successful singles released by Full Moon were Mark Jackson’s “I’m An Individual” and Joe Dolce’s “Shuddap You Face”. “Shuddap You Face” broke the record previously held by Mike’s “Up There Cazaly” as the biggest selling single in Australian History and has been translated into many different languages.

Mike and his company have produced albums for artists such as Tina Arena, Colleen Hewett, Mark Gillespie and Mike Rudd and Bill Putt. Many of Mike’s songs have been recorded by leading artists including Tina Arena, and John Farnham.

During the heady boom years of the 1980’s and early 1990’s Mike “diversified” into areas not associated with his core talent – property development, hotel acquisition, timber milling, restaurant ownership and various other ventures. This was at first a great success but the good times did not last and Mike slid from the top of the heap to the bottom.
He talks of this being a major lesson of staying true to what one knows, which in Mike’s case was music and jingles.

Over recent years Mike has continued to write music for films and television projects including a children’s TV series for Channel Seven “The Adventures of Chuck Finn”, together with writing songs for various sporting events – “Courage In Their Eyes”, which was used to launch Channel Seven’s media broadcast for the Olympic Games and “Rise To The Moment”, which was the Paralympic Official Team Song for the 2000 and 2004 Games.

2006 saw Mike in the home of country music, Nashville Tennessee. He had a swag of songs he’d written over the years that he had always wanted to record. “Nashville musicians continue a skill tradition that is like a living culture handed down and improved on from “generation to generation”, says Mike. The new album “COUNTRY TO COUNTRY” was released later that year.

Then In July 2014 Mike returned to his ancestry along the bloodlines of his father and his fathers’ father. Over a 7 week period in Ireland, he recorded Mike Brady’s “BLOODLINES”, The Australian Irish Story which is a complete departure from anything you may have heard from Mike before. The result is a collection of original songs, some with traditional feel and some contemporary but all with the ring of truth which is the Irish way.

Mike is also well known and respected on the Corporate Circuit with his show ‘Mike Brady Sings and Talks’ As a speaker and performer, Mike takes us on a musical journey from his days as a young migrant and his life on the road as a member of one of Australia’s top 60s bands MPD LTD through to his time entertaining US troops in Vietnam at the height of the conflict there and to his career as an advertising writer and jingle creator responsible for some of Australia’s best loved corporate musical IDs.

He talks of his adventure into various commercial ventures with varying degrees of success and some mighty failures. How he turned a multi million fortune into a negative balance – and slowly back again.
All of his solo presentations combine humour and music in an entertaining way to illustrate what has been a lifetime jam-packed with highs and lows but very little down time. Mike puts great emphasis on the benefits of staying close to what one knows and the power of fighting back and winning.

His story addresses the highs and lows of an extraordinary career.  In his own words “To survive and grow in a market that is dominated by imports and is very small by world comparison carries a message for all, no matter what profession or business you are in. Belief, sheer determination and sharp focus will always deliver results”.

In June 2013 Brady was appointed a Member of the Order of Australia (AM) for services to the community and to music as a composer and performer.
On Monday 3rd July 2017 Mike was honored to be named Victorian of the Year in a ceremony in Melbourne.

​Mike can be heard over the summer period as 3AW presenter of “Mike Til Midnight”.